I think this field is dreamy 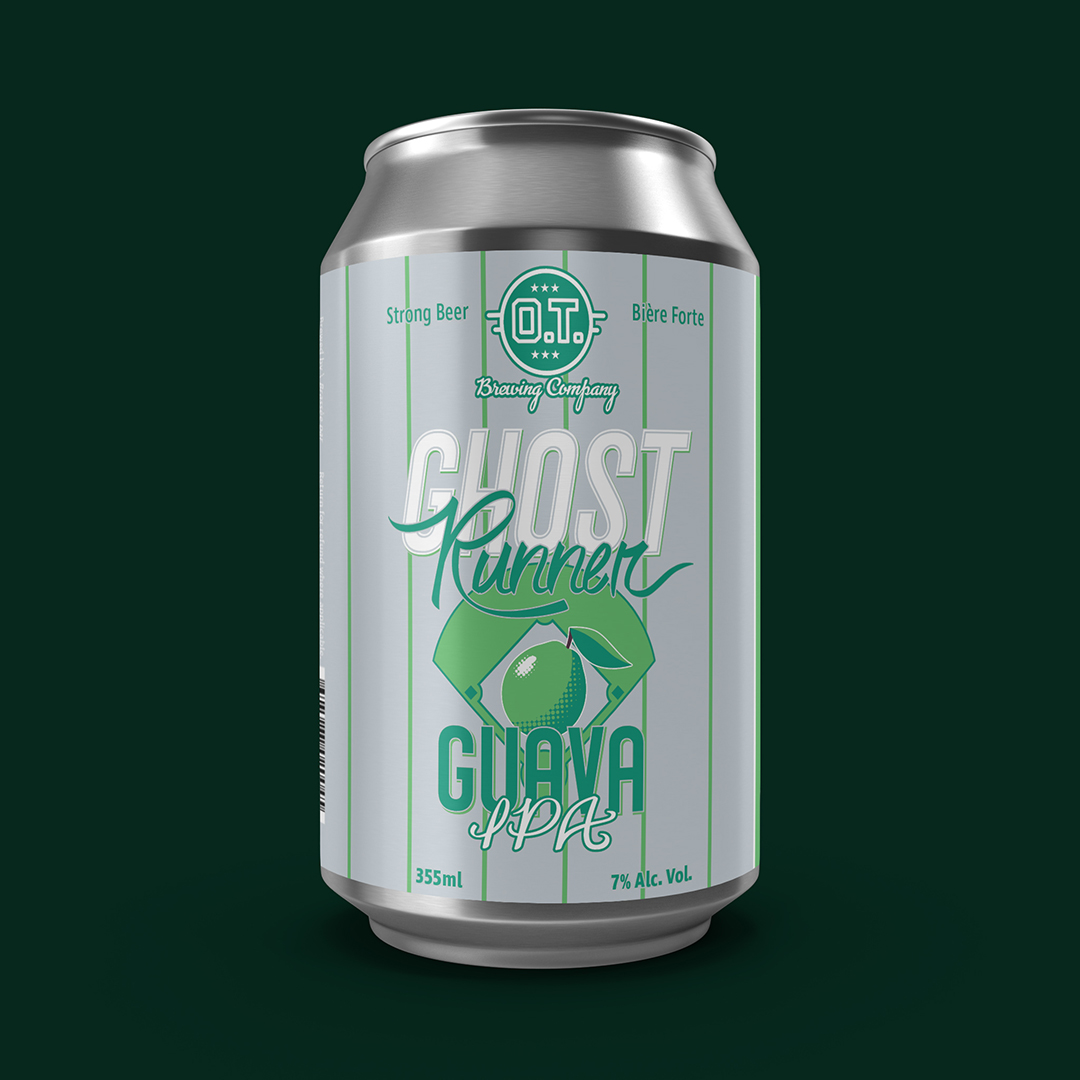 None of the existing hand drawn cursive fonts in my library were really working for this beer’s logo, so I chose to create my own from letters I sketched out on trusty 8.5″ x 11″ copy paper and then converted to vector bezier curves for further tweaking in Illustrator. The extra-condensed sans-serif letters used in the rest of the logo were whipped up on a square grid so that I could ensure a consistent x-height and line weight throughout and to make it easier for me to create additional letters as needed. The whole thing was touched off with a baseball diamond motif and a simple fruit illustration. O.T. originally wanted a label that could be adapted with different flavour infusions to create a series, so all the elements had to be developed with a fair bit of modularity in mind.