Awkward Zombie, is a spooky, scary, messy, stumbling, hand drawn, display font inspired by b-movie horror and grind house posters, with broad strokes forming splotchy letter forms. Starting out, I set a few rules for the line work and tried to keep most of the letters consisting of three separate strokes drawn with an old, gunky flat brush loaded to the max with ink to really give each mark that gooey quality. The resulting letters were like some sort of bastard cross between a block print and some Tales from the Crypt comic title and the uneven angled strokes gave the whole thing a bit of a shoe-gaze quality that I felt really gelled with my personal loner nerd aesthetic. 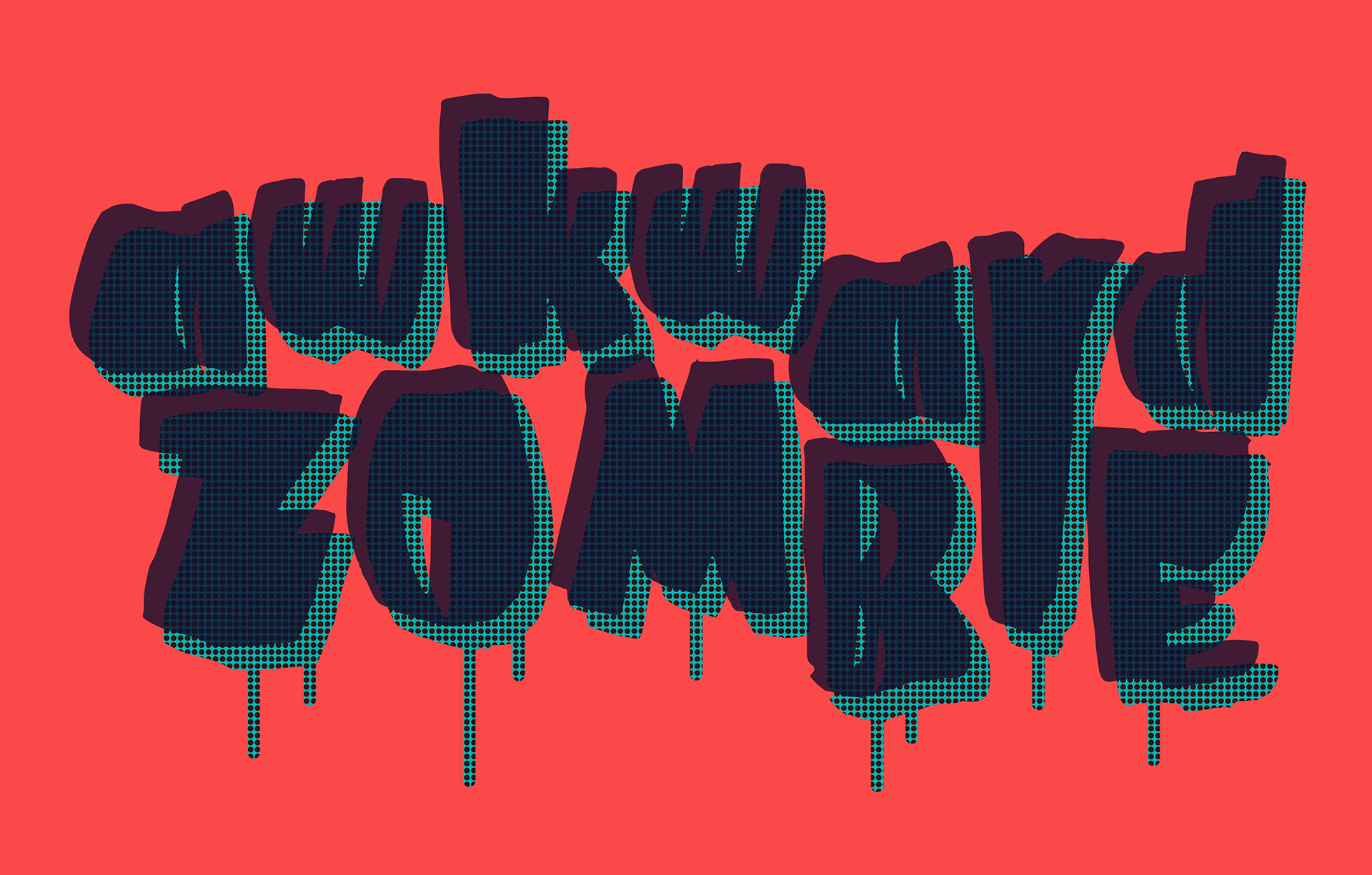